Eric Mogensen is the CEO of Zoofari Parks, which owns and operates three amazing zoological parks in the eastern U.S.

With a focus on conservation through education and animal welfare, Eric Mogensen has dedicated his life to the care of animals around the world. 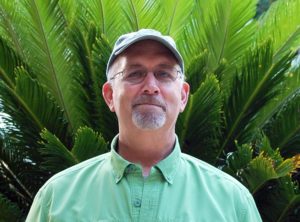 Growing up on a family-operated zoo sparked his love and passion for animals, and has been the impetus to invest in the creation, acquisition, and expansion of several safari parks and zoos throughout the United States. Each park works with multiple conservation projects in order to provide better education for the guests, as well as protection and care for animals in both captivity and the wild.

Mogensen has dedicated his life to animal welfare. To date, he has spent over 50 years mastering animal care and nurturing conservation programs to help at-risk species around the world.

Mogensen’s parks are currently visited by over 500,000 guests annually, allowing him to provide grants and funding to conservation projects, work with partnered charities and animal welfare associations, and give back to the community itself.

Eric Mogensen’s professional experience working with animals started when he was just a child, working to help care for the animals on the family-run zoo he grew up on.

After attending  Virginia Tech, he was hired as the Curator of Animals at Benson’s Animal Park in Hudson, NH.

He spent many years cultivating his extensive experience with the transportation and management of exotic animals, such as zebras, tapirs, white rhinos, hippos, gorillas, and orangutans.

Mogensen is the CEO of Zoofari Parks, which consists of the Gulf Breeze Zoo in Florida, Virginia Safari Park, and the Alabama Safari Park.

Before the acquisition in 2009, the Gulf Breeze Zoo, then known as Zoo Northwest Florida, had been hit by an economic downturn and faced the damages of Hurricane Ivan, resulting in a permanent closure. Due to strong efforts from the previous owner and Mogensen, the animals were able to stay comfortably in their own homes until it was officially purchased, renovated and rebranded to great success.

Since its acquisition, this 50-acre zoo, soon to encompass 85 acres, in Florida has also undergone massive renovations, both immediately after its rescue and more recently. These renovations were completed with the welfare and care of the over 900 animals of many different species as the highest priority.

With over 200 major and minor improvements, the Gulf Breeze Zoo has transformed to provide the best possible habitats for the animals that live there. The transformation continues as the Zoo plans for future expansion.

Alabama Safari Park, a 350 acre safari park, is the most recent park built by Eric Mogensen and works to provide animals with as natural a habitat as possible for the 400 animals living there. It features a 3-mile road where you can feed and see exotic animals free roaming and up close, without barriers.

Mogensen is committed to conservation and works to champion the wildlife concerns of today. Each of his parks work in collaboration with other conservation foundations and alliances to put park funds to good use globally. A Corporate Conservation Coordinator currently works to oversee the myriad conservation programs they help fund.

These conservation programs work to support rhinoceros and elephant anti-poaching units and improve the genetic pool of species in order to boost population numbers, rebuild forests, food sources and nests for animals seeking territory, and provide funding for organizations to rescue and rehabilitate animals in their natural environment, among many other programs.

On top of conservation efforts and partnerships, Eric Mogensen incorporates giving back to the community. Working out of the Virginia Safari Park, Mogensen has started the Coats for Kids program, which has now been operational for 18 years. This program uses park profits to buy new coats for at-risk kids in the area to ensure no child goes without one in the winter. Every year, over 200 coats are donated, and to date, over 3,000 coats have been provided to local children in need.

Mogensen is also a long time supporter of the United States Marine Corps charity, Toys for Tots, which collects and distributes toys to children whose parents cannot afford to buy them gifts for Christmas. Every year, through the Zoo’s toy drive, over 800 toys are donated, and to date over 5,000 toys have been provided to local children in need.

Proud Member of the Zoological Community

Mogensen is a proud member of several zoological associations, including: